My Journey with Lyme Disease

The procrastination in writing this blog post caught me off guard. I suppose it’s understandable, as my experience was intense and I wasn’t eager to relive it. But I promised to share my story and here it is…

I lived with Lyme disease for about 25 years and didn’t know it. If I had gone to a doctor early on, I don’t think any doctor would have considered Lyme, as I didn’t look like the classic Lyme patient. When I was first bit by a tick, I didn’t present with an ‘acute’ Lyme infection. Many doctors only believe that acute Lyme exists, not chronic, so that would have made it difficult to get diagnosed. And Lyme wasn’t really on anyone’s radar like it is now. Reflecting on my life, I wonder how different it might have been if I hadn’t been living with this underlying chronic infection. I think a lot of us who had Lyme or have Lyme feel robbed of some portion of our lives. I try to look at it as an experience that shaped who I am and allowed me to now be in a place of helping others who have Lyme.

Most of my symptoms through life were easily reasoned away by any number of physical, mental, or emotional causes. It started with headaches. They were daily for at least 15 years. There was always a pulsing and tension in the base of my head, and at any given moment it could shoot up behind my eye and turn into a full-blown headache. I reasoned that it was due to breaking my jaw, twice. Around the same time that I was bit by a tick, I broke my maxillary bone. The most commonly occurring Lyme symptoms I see are headaches, fatigue, brain fog, and joint pain.

My neck always cracked and popped and caused me pain. My father was a chiropractor, which was lucky since my neck would pretty much go out a minute after getting adjusted. It would never hold. I’m pretty sure that every Lyme patient I’ve seen has had neck problems. This is often the primary musculoskeletal complaint in them.

I had horrible menstrual cramps from the beginning. For many years I was up to taking 8000 mg of Ibuprofen in 2 days just to be able to leave the house. That’s 40 of the 200 mg pills in 2 days! Luckily I was prescribed the 800 mg pills and took 5 daily. My poor gut. No wonder I had developed so many food allergies! Lyme often causes food allergies in and of itself from all the inflammation it causes. It can affect any organ system in the body and the combination of my family history of painful periods, eating a poor diet, and having a chronic inflammatory condition were not kind to my poor uterus.

I had a lot of teenage/20’s angst, depression, and anger. But this is normal, right? I haven’t met a Lyme patient yet who isn’t dealing with some level of depression, and anger is common as well. I find many of the tick borne infectious bugs to squirrel themselves away in the liver, and the main emotion of the liver is anger. Many Lyme patients have also been diagnosed with depression, bipolar and even schizophrenia. This type of infection can literally make you feel crazy, and too many times doctors will tell un-diagnosed Lyme patients that it’s all in their head.

I struggled with my weight always. As a kid I didn’t eat well, craved sugar, and gagged at the thought of eating vegetables. But once I started eating well and exercising, I still couldn’t lose weight. It’s common for those with Lyme to either gain weight or lose weight excessively.

The brain fog I struggled with was thick. It didn’t feel like there was any room in my head for me, only the fog. I felt like I didn’t belong in my own body.

Next came hypothyroidism. I started medication for it. My fatigue had worsened over the years until I was having a hard time getting off the couch on many days. Well over half of my Lyme patients have hypothyroidism, and the majority of them are auto-immune cases, Hashimoto’s. I often find tick borne viruses embedded in the thyroid, which I believe is triggering the auto-immune attack on it.

In medical school I called my parents and told them I had Multiple Sclerosis. I developed double vision, hand tremors, the brain fog was worse and the fatigue debilitating. MS is a common misdiagnosis, and so is Lupus, Rheumatoid Arthritis, Fibromyalgia, Chronic Fatigue Syndrome, Juvenile Idiopathic Arthritis, Meniere’s Syndrome, ALS, Crohn’s Disease, Alzheimer’s, GERD, Interstitial Cystitis, IBS, Psoriatic Arthritis, Raynaud’s Syndrome, Scleroderma, Sjogren’s Syndrome, Sleep disorders, and on and on.

The symptoms didn’t come all at once. It progressed over the course of 25 years, until I had no choice but to stare in the face the fact that something was very wrong. It is not uncommon for someone to live with Lyme Disease for a long time and then have it rear its ugly head only after a major stressor. For me it became obvious during medical school that something was not right within my neurological system. For others I’ve seen it come on after a spouse’s death, post-surgery, on losing a job or major job stress, after getting a vaccination and antibiotics in one week, etc.

I finally took a blood test (Igenex Western Blot IgG/IgM) and it was positive. That’s when I knew I needed to take action. Igenex Lab is the only lab that I use in testing for Lyme Disease, and it’s still not perfect. The major problem in testing for Lyme is that we are testing the immune system for a response against the bug, but the bug has an amazing ability to depress our immune function, and they even wear our immune cells like a coat so our bodies can’t identify that an infection exists. This makes for serious inaccuracy in testing. The general consensus in the Lyme world is that if it looks like Lyme, it’s Lyme, so treat. One study showed that 56% of those who have Lyme tested negative in our two-tier testing system that the CDC recommends using. Read here for more information on testing, https://www.lymedisease.org/lyme-basics/lyme-disease/diagnosis/


Now here are the gifts: it’s made me a better doctor. It allowed me to diagnose Lyme disease earlier, in more mild Lyme cases, because I know what it looks like to ‘live’ with Lyme and not have it completely ravage your body. Most people have spent $100,000 on treatment and have seen up to 10 doctors before they get a Lyme diagnosis. I want to prevent that. It drove me to find a good treatment option for myself, and therefore pushed me to create an alternative, and effective, treatment for others. For that I am grateful. I am grateful to help others heal from a disease that they are often told is all in their head. Rest assured, it is not in your head.

Next up, I talk about [your] treatment I’ve been working on for over a year now for Lyme… Learn and Read More >HERE< 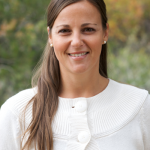 As a naturopathic doctor, I help patients facilitate their journey in healing, bring awareness to a model of health and shift it away from a model of disease, strengthens respect and relations across all medical professions, and in due course, contribute to the healing of our planet.
Phone: (970) 247-3717
← Previous Post Next Post →